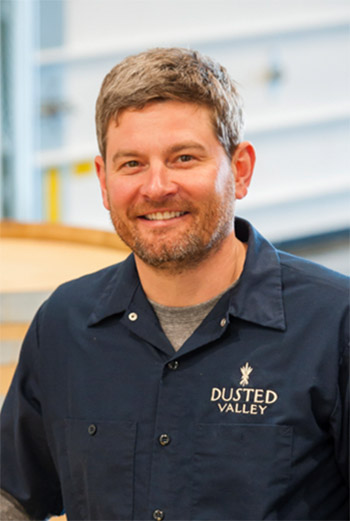 Chad Johnson is a little bit of what we call a “late bloomer.” After graduating from high school and subsequently being kicked out of college (twice), he headed to California to live a vagabond lifestyle. While working in the hospitality industry, he gained an appreciation and passion for the wonders of food and wine. It soon became clear that it was time to wander to a university and get a degree. He returned to his Wisconsin roots, attended University of Wisconsin-Stout and studied food science and chemistry. Ten years and four institutions of higher learning later, he finally graduated with 172 credits and a bachelor of science degree.

Fast forward years later, after a successful career in quality control and research in the food industry and then sales for a Fortune 50 pharmaceutical firm, Dusted Valley was born. It was founded on the notion that when family works together, the American Dream can turn into a living reality. Today, under the Dusted Valley and Boomtown labels, the family focuses their wine-growing philosophies in the vineyard with sustainable practices, low (or modest) yields and minimalistic winemaking. The resulting wines offer a sense of place and showcase their estate vineyards in the Walla Walla Valley and other premier vineyards throughout the state.

Chad’s dad, Dr. Dan Johnson, has lived in Billings for 30 years. Having spent a couple of fond years of his youth here (9th grade at Lewis and Clark and a year at Senior High School), Chad is thrilled to be back and to have an opportunity to share Dusted Valley with the people of Billings. 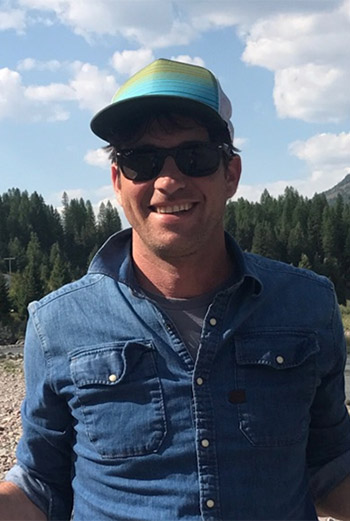 Jeremy Leffert is the director of winemaking at the rapidly growing, disruptively cool Rabble Wine Company. Having relocated to California after completing his Bachelor’s Degree in Environmental Studies and Natural History from the University of Vermont, he moved to Santa Barbara, California, where Leffert discovered wine and felt particularly drawn to vineyards. Upon discovering Cal Poly in San Luis Obispo, he enrolled in a Master’s program in Crop Science with a focus in Viticulture. Leffert’s passion exceeded his desire to learn as he strove to perfect his viticultural knowledge and abilities.

Jeremy started his winemaking journey working in the cellar at Four Vines and was the winemaker for Hearst Ranch Winery from its inception in 2009 to 2014. Following his role as director of winemaking at The Workshop, Leffert started and grew a winemaking consultation business, which led him to his position at Old Creek Ranch Winery.

In 2015, he joined Rabble Wine Company and is now passionately producing five brands of high-scoring, award-winning wines from the expansive vineyards in the Central Coast of California. In his spare time, Jeremy loves to play his guitar, hang with dogs and enjoy life with his beautiful wife Melissa.