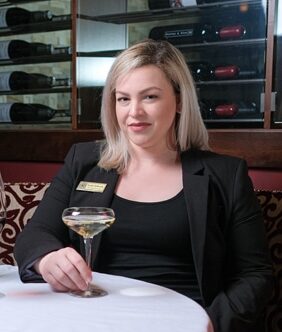 From an early age, Chef Sarah Seltvedt knew exactly what she wanted to do with the rest of her life. Her lifelong passion for cooking and hospitality began in the kitchens of her mother and grandmother, where she developed a love for the art of cooking.

Following her passion, Seltvedt sought professional training at one of the first “Farm-to-Table” culinary schools in the country— Auguste Escoffier School of Culinary Arts located in Boulder, Colo., where she learned the importance of using whole animals, preservation, local products, and sustainable practices. Not only is she skilled in this area, but Seltvedt also went a bit further and completed the Court of Master Sommeliers and Wine & Spirit Education Trust (WSET) for wine education and is currently working towards her Level 3 WSET certificate.

Seltvedt developed her culinary skills under the supervision of some of the finest food experts in the industry including nominees of the James Beard Award and winners of Food & Wine Best New Chefs such as Stewart Woodman, Mark Fischer, Mitch Mayers, and Timothy Fischer. For this purpose, Seltvedt honed her skills by working at several prestigious restaurants including St. Regis in Aspen, Colo., The Breakers Resort in Palm Beach, Fla., and The Ivy Hotel and Loews Hotels in Minneapolis, Minn. Most recently, Seltvedt worked as the Executive Chef at Bigsby’s Folly Craft Winery and Cellar Door in Denver, Colo., where she learned the art of pairing wine and food by masterfully combining the two into her culinary style.

Today, Seltvedt calls Billings, Mont., home and is currently the Executive Chef and Food & Beverage Director at the Northern Hotel, where she oversees the operations of Bernie’s Diner, TEN Restaurant, and banquet operations. Seltvedt would best describe her cooking style as locally inspired and regionally distinctive. She uses mostly traditional French techniques with a fresh perspective. She brings this culinary influence, wine knowledge, and elevated practices to the food and beverage department while rebuilding the post-pandemic world of hospitality. Seltvedt said she is excited to share her passion in this year’s Winemaster Symposium. 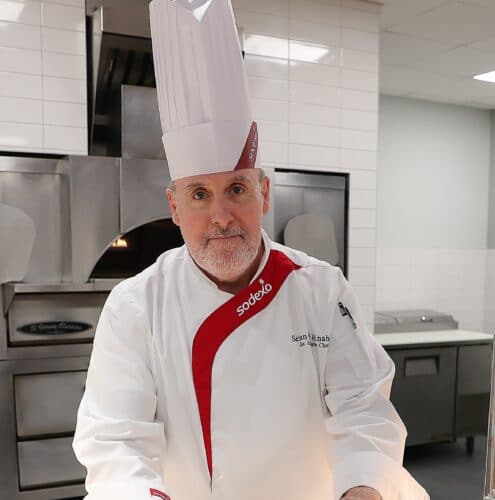 Chef Sean Minahan brings more than 35 years of cross-industry culinary experience to the 2022 Wine & Food Festival. He joined Sodexo in 2019 as the Senior Executive Chef at the University of Pittsburgh, overseeing a team of over 300 culinary artists on the 110-acre campus.

Minahan began his career at the Carlton restaurant, where he honed his culinary skills at several nationally recognized kitchens including Chestnut Street Grill, Spiaggia Cafe, Spiaggia, and the fabled Bistro 110. He has had the opportunity to collaborate with world-renowned chefs like Paul Bocuse, Joel Robuchon, Keith Keogh, and Dominique Tougne. To further his culinary development, Minahan completed courses at the French Pastry School, specializing in advanced chocolate and isomalt techniques.

Soon thereafter, Minahan was invited to join a culinary team that would open two top-rated restaurants in Walt Disney World on Pleasure Island. In 1989, Fireworks Factory and Portobello Yacht Club opened. He would spend the next five years elevating the Silver Plate and DiRoNA award-acclaimed locations. Minahan’s later projects included opening restaurants in North Carolina, Georgia, and Minnesota, where he supported national and international events in some of the largest convention centers in the country, as well as PGA golf tournaments, NFL and MLB stadiums, and college football. Minahan’s vision of restaurant quality, where it is least expected, has always been paramount in places ranging from upscale dining to disaster-relief services, including Hurricane Sandy.

Minahan currently serves as the Regional Executive Chef for the Crozier Region of Sodexo. When he is not directing the operations for the eight-state and 50 school regions, he can be found enjoying his family, biking new trails, or testing his fishing skills on a quiet stream.