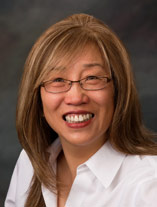 Stella Fong shares her personal love of food and wine through her cooking classes and wine seminars as well as through her writings in Yellowstone Valley Woman, thelastbestplates.com and lastbestnews.com.  In the summer of 2008, she received her Certified Wine Professional certification from the Culinary Institute of America. In the cooking arena, she has taught on the West Coast for cooking schools such as the Williams-Sonoma, Sur La Table, Macy’s Cellars, and Gelsons, and after school Enrichment programs for elementary and middle school children.  In Billings, she has instructed at the Billings Depot, Wellness Center, Copper Colander, YMCA and the YWCA. She has team taught cooking classes for the MSUB Foundation with Raghavan Iyer and Christy Rost.

Fong has featured local bounty through her efforts at the Good Earth Sunday Suppers and her participation to the first Field to Table dinner at Danly Farms in the summer of 2009 in collaboration with caterer Tom Nelson and Executive Shane Weigel.

Born in the San Francisco Bay Area and raised in a traditional Chinese family, Fong devises culinary creations that include a mixture of old and new. Her understanding of food for the consumer came from working at her father’s grocery store, Martin’s Market in Berkeley, California. Fong’s articles have appeared in Cooking Light magazine, the San Diego Union Tribune, and Fine Cooking magazine as well as The Washington Post and Blue Water Sailing. Locally she has written for the Big Sky Journal, Distinctly Montana, and MontanaQuarterly as well as Western Art and Architecture. She developed recipes for San Diego State University food services and the Kids Cooking Club.  Fong judged for the International Association of Culinary Professionals cookbook awards, chairing the program in 2010 and 2011. She holds a Bachelor of Science degree in biochemistry from the University of California, Davis, and a general cooking certificate from the Culinary Institute of America. Fong has volunteered for the MSUB Wine and Food Festival for many years and chaired the event in 2008 and 2009 with Susan Carlson.

At the end of 2015, her first book, Historic Restaurants of Billings published by Arcdia Publishing and The History Press hit the bookshelves. Billings Food debuts in March of 2016. 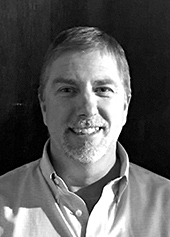 Steve, along with his wife Kim and their two boys, moved to Red Lodge in 2005. The move to Montana was to take advantage of the great outdoors, be close to family, and enjoy the simpler life. He developed his passion for wine and food in the early 1980s when a close friend took him under his wing and exposed him to great wines and food, and he was an occasional visitor at the Phoenix Food & Wine Society meetings. Small group wine tastings also provided an opportunity to learn more about wine.

Shortly after the launch of Babcock & Miles, Steve joined the staff and was able to share his enthusiasm for wine and fine foods. Steve is currently the wine buyer for Babcock & Miles. He has been involved in hand selecting the near 800 various wines in their current and ever-changing inventory. Steve hones his craft through continuing education. Ongoing certification with the Court of Master Sommeliers, recognized as the world’s premier wine education program, is a pursuit of his. He holds the level one certification and aspires to continue with future levels. He continues to participate in small wine study groups to explore vintages, varietals, growing regions and wine- making techniques.

You will find him most days behind the counter with a smile and story of a new wine to try. Mary & Bill Kennedy both grew up in Billings, Montana.  They have been actively involved in the community for the last 30 years. Mary and Bill have raised two daughters in Billings, both married and pursuing careers of their own.  They have two grandsons who keep them very busy in their spare time.  They have always loved wines, as well as trying new wines, especially those from smaller wineries and different varietals.

Bill loves to cook and Mary likes to bake, so pairing the wine store and a deli with catering was an excellent choice for their next careers.  They expanded into a new space and now offer lunch and dinner five days a week at Kennedy’s as well as the wine store. Bill’s family was “truck farmers” on the Billings Bench.  His uncles, John Grano and Dominic Gesuale, were great wine makers.  There was always a wonderful wine fermenting in their cellars.  Bill remembers the days of picking the greens for the dandelion wine his grandparents made.  Mary’s mother came from a large family – also farmers – and cooking for large groups of people just became second nature.

Food, family, and get-togethers have always been a huge part of Mary and Bill’s lives. Kennedy’s brings together all of their experiences and fondest memories and shares them with their customers. Carolyn Korb can often be heard gushing about the joy of getting to turn your passion into your profession. A resident of Billings, MT, Carolyn has happily allowed her passion for amazing food, wine and beer to flow into her professional life. Acting as general manager of City Vineyard since 2001, her drive, passion and unbridled obsession with providing the community of Billings with amazing products have turned a small wine shop into two thriving businesses.

This store houses more than 10,000 bottles of wine, a beer department full of local and imported brews, a full gourmet market featuring artisan cheeses, and a full-service wine bar that features an ever-changing selection of wines by the bottle and by the glass, wine flights, beer, and artisan cheese boards. Carolyn and her knowledgeable team are passionate not only about providing an unsurpassed level of service, but also about educating their customers and welcoming them to the ever-changing world of wine, beer and gourmet foods. 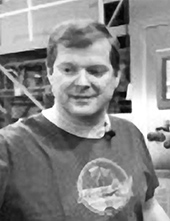 While Bjorn readily enjoys drinking and discussing a large variety of beer styles, he is steadfast in the belief that producing a quality beer is not an accident and that vigorous quality control needs to be an integral part of every brewery’s culture.

Bjorn is married to Tammy Nabozney; they have two sons, Gunnar and Joren. When he isn’t working or helping out in the community he is likely playing around in the woods, skiing or trying to find his inner adult. 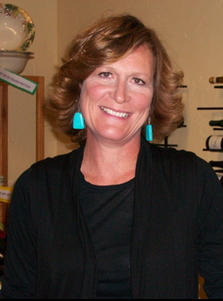 Montana’s own Sue Rydquist is the owner/operator of Simply Wine in Billings. Simply Wine was built from Sue’s own passion for wine and her extended community.
She is a certified sommelier who takes great care in staying on top of the wine market and choosing just the right bottles for the store.

Simply Wine has grown exponentially over the last 10 years, adding a selection of imported cheese, beer, fun wine accessories, Riedel glasses, a wine bar, and most recently the Bistro at Simply Wine. Sue is proud to say that her wine store has been voted Billings Best Wine Store, seven years in a row!

When Sue is not at the store, you can find her teaching wine and wine-and-food classes, hosting winemaker events, or travelling to wine country all over the world.