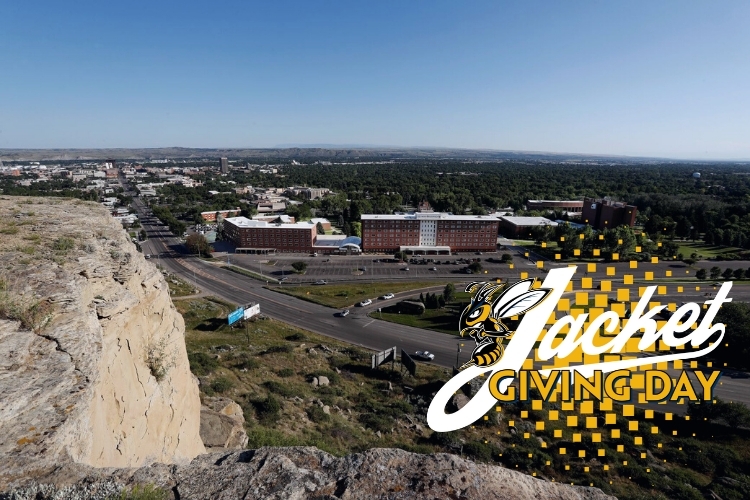 MSU BILLINGS FOUNDATION NEWS—The Montana State University Billings Foundation held its second annual ‘Jacket Giving Day on Feb. 20, 2020. The event set records, more than doubling the dollars raised on the inaugural day of giving. More than 400 supporters donated a total of $116,000 by its conclusion at midnight.

President and CEO Bill Kennedy of the MSU Billings Foundation said he is pleased with the amount of support received from the community for this event.

“The goal for ‘Jacket Giving Day was really participation,” Kennedy said. “It was really exciting to watch donations come in, including several major gifts for healthcare internships, the College of Liberal Arts and Social Sciences, and the simulated sprayer for our City College auto body students. We couldn’t have made this possible without people on campus and in the community donating and telling their friends and family to donate, too.”

More than 34 campus projects sought donations on ‘Jacket Giving Day. Campaigns ran the gamut from program expansion to facility updates, equipment needs and scholarship support. A friendly competition encouraged projects to engage the most donors for a chance at bonus dollars from the foundation. At midnight on ‘Jacket Giving Day, the winning projects were as follows:

Winning projects received awards during a finale ceremony at MSU Billings on Friday.

“Investments like those made on ‘Jacket Giving Day are an investment in our campus and our community,” said MSU Billings Chancellor Dan Edelman. “Nearly 80 percent of our graduates stay to work in Montana, and these projects ensure they leave MSU Billings prepared to enhance Montana’s workforce and economy.”