Welcome from the Foundation Chair 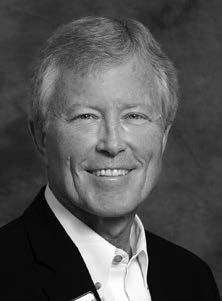 “Do you think we can really make this work?” Dona Hagen asked as plans developed for the first EMC Wine Festival. The event started in 1992 with an idea from EMC President Bruce Carpenter, who wanted to create a signature event for the College. The first Festival in May of 1993 was the brainchild of several forward-thinking committee members: The two co-chairs were Dottie Hollitz and Dona Hagen. Also, helping with the Festival were Bruce Carpenter, Jane Howell, head of the College Library, and John Decker from Briggs Distributing. It was a Friday/Saturday event under a tent, and featured wine tasting, a dinner and an auction of select wines.

One year, rains drenched the lawn, and a co-chair wanted to hire the Help Helicopter to hover over the area to dry the grass. That idea was discarded, but some ladies had issues with high heels and wet sod. Another year, strong winds blew the tent completely down. Fortunately, there was time to get it back up before the first event.

In the third year, Jane and Joe Howell took over the wine store, and sales grew. John Decker and Briggs Distributing secured well-known winemasters who were instrumental in the Festival’s continued success. After four years, the auction items were expanded beyond wines. In 1995, a young lady was hired by the Foundation to assume the responsibilities of the Festival, as well as serve as Alumni Director. This is Jeanne Moller’s 23rd year of coordinating the event. It would not be the success that it is today without Jeanne’s tireless and inspired work. Now the Wine & Food Festival is a full-time job.

The first event relied on many volunteers. During the second year, the co-chairs recognized the need to show appreciation for all the donated time. As a result, Dona Hagen hosted a celebration at her house. This connection to volunteers has helped the event grow beyond what the staff of the MSUB Foundation could ever hope to accomplish. Today the reception needs a large venue to accommodate the hundreds of volunteers. To all the countless volunteers who have donated thousands of hours – the Foundation cannot thank you enough. Through the scholarships you have helped create, lives have been changed.

This year, the MSUB Foundation Wine & Food Festival celebrates its 25th year of success – its silver anniversary. Just as with the intrinsic value of silver, the Festival has discovered its most precious resources – the many supporters, volunteers, partners and sponsors who have made this event so extraordinary. You are all part of what we call the “Jacket Family.” And it is through the scholarships provided by the Wine & Food Festival – as evidenced by the success stories to follow – that we have surpassed the value of any material item. By investing in people, we have created a renewable source of new leaders, creators, problem-solvers and visionaries.

On behalf of the Board of Trustees, thank you to all the supporters, volunteers, partners and sponsors for your part in the success of this signature event. You help us help others change their lives and change the future. Join me in a toast to that! Cheers!