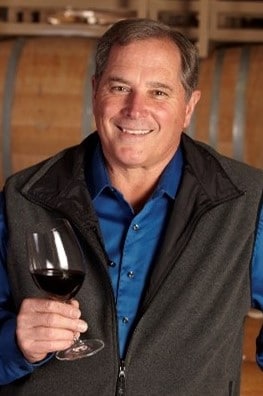 Rick began his winemaking career at the age of 19 as an assistant winemaker and cellar master at Simi Winery in Sonoma County. He had the opportunity to train under the world-renowned winemaster André Tchelistcheff, who instilled in his young trainee a deep passion for the art of winemaking and a desire to not only master his craft, but continually push the boundaries of creativity. “André taught me that a winemaker must live with his wine,” Rick recalls, “from walking the vineyards to the careful craft of guiding the wine into the bottle. Even the  smallest details can have a lasting effect.”

When Rod Strong decided to take a step back from the demanding role of winemaker, he called upon Rick Sayre, who joined the team at Rodney Strong Vineyards in 1979. In almost four decades in the cellar, Rick has guided the wine collection to include world-class Reserve, Symmetry and Single-Vineyard releases, an outstanding line of of Estate wines and best-in-class Sonoma County wines that continue to please vintage after vintage. His voracious appetite for new winemaking knowledge has taken him around the world, including trips to the wine regions of France, Australia, New Zealand and Spain. One cannot tell the story of Sonoma County Wine without a nod to Rick Sayre, and now Rick continues to promote Sonoma County and Rodney Strong  vineyards through his masterful story telling and wine expertise.